Number One Myth Uncovered About Running a Successful Business 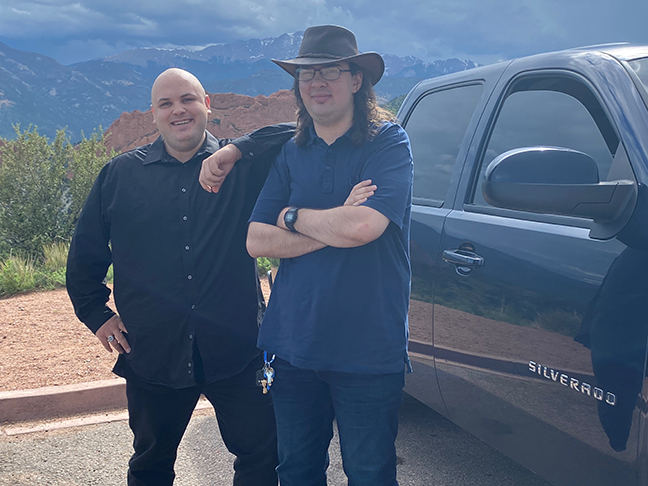 And that’s why it’s no surprise to me that he turned down a job offer at a local amusement park. Instead, he decided that he wants to pursue a business idea with his cousin.

After he turned down the job offer, I was a little surprised that my son was not initiating anything about anything. He was shutdown. He was withdrawing and isolating himself.

Nate and Sam posing by our truck for their new business idea.

I asked him about it and it turns out he had been hyper focusing on the fact that America has lost much of the free market capitalist system and so much of what drives the economy is crony capitalism.

He literally thought there was no opportunity for him.

Sure, our system has too many regulations and the government picks winners and losers.

But people are people. An entrepreneur asks the question, “why not?”

Running a successful business means you look for vacuums. You find out the pain that a certain segment of society is experiencing and you help alleviate that pain! You solve a problem!

Now in my day, when I was my son’s age, we didn’t have the Internet. There was no such thing as a “gig” economy. There was no way to reach a large audience like we can through social media today.

He HAS an opportunity before him. He has a pickup truck, he’s strong, and he’s a good driver. His cousin is good with people and is a great salesman. Together they can rock the hauling business!

There are many more opportunities ahead for my son. This is only the beginning. He will learn all about running a successful business by taking this one small step with this hauling endeavor.

Because the next step of running a successful business is just doing it. Taking that next step. Just a small step. It doesn’t have to be overcomplicated.

That’s what he was doing, too. He was like a deer in the headlights because he didn’t know what to do next. It was all so overwhelming to him.

So my son, his cousin, and I took 15 minutes and we started the first steps. We named their new company and we decided to take their picture in front of the truck on a scenic overlook of the city a couple of days later. The following week, I would make a Facebook page. His cousin would join some local Facebook groups to start promoting and responding to requests of hauling.

That’s all we need right now to begin!

So if you are doubting that you have opportunity for running a successful business, change your thinking! There are opportunities all around. The question is, what do you have in your possession whether material, a skill, a gift, a passion, that can solve a problem with a people group around you?

That’s where it starts!

And by the way, if you teach this to your kids they will be successful, too. Success doesn’t mean that they work a 9-5 job. But you can look for a job the same way. Look for opportunity and use what you have to solve a problem!

Then they will be running a successful business!

And THAT is what having a family economy is all about!

Want to know more about running a family economy? Check out our resources on our Website! 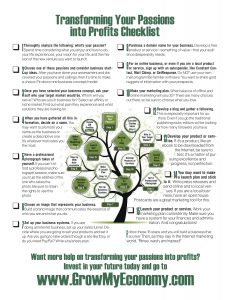